Fixing up derelict Communist-era apartments is losing its allure for Berlin property developer Stefan Klingsoehr after two decades of rising profits as Chancellor Angela Merkel clamps down on rents. 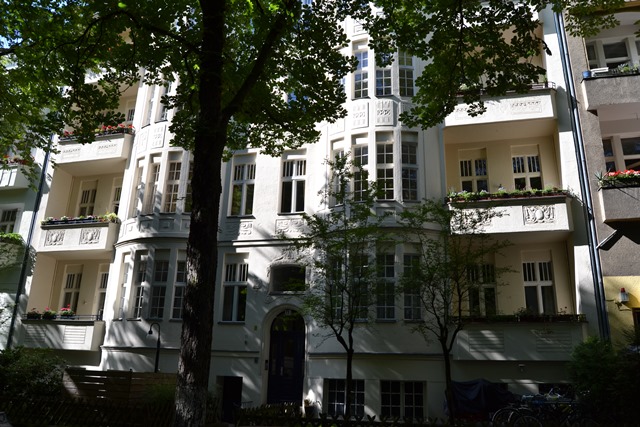 “I’m not going to invest in existing housing any more,” Klingsoehr, chief executive officer of Klingsoehr Unternehmensgruppe, said by phone. Foreign asset managers who once invested in his projects are concerned the tightened rules, floated during the election campaign, will cut their returns. “All the ideas proposed by the coalition will throw us back into a climate that will make property owners not want to spend money on renovations,” said Klingsoehr.

Rising rents fueled by a housing shortage in cities such as Berlin, Hamburg and Munich led Merkel to promise relief for renters during her campaign this year after the Social Democrats seized on the theme. The pledge is part of the proposed third-term coalition contract that Merkel negotiated with the SPD after she won the elections on Sept. 22.

If the coalition proposals become law, landlords will be barred from signing new leases with rents that are 10 percent above the neighborhood average. Renovation costs could be passed on to tenants for 10 years, instead of indefinitely.

Story: Germany Loves Merkel, So What’s Keeping Her From Governing?

Those two rules will reduce the profit that developers make when fixing up apartments with the intention of raising rents, said Andre Adami, residential analyst at Berlin-based research firm Bulwien Gesa AG.

Rents in Germany’s largest cities rose 10 percent in the past two years, according to data compiled by online broker ImmobilienScout 24.

In response, Merkel plans to give states the power to regulate rents in cities with a proven housing shortage, according to the coalition pact, which the SPD is putting to a vote by its membership next month before it can take effect.

Regulation may reduce the incentive for developers to build new homes, the Bundesbank said in a report on Oct. 21.

“Capping rents is counterproductive,” the Bundesbank said. “Market-related incentives for investments must remain in place.”

Germany has a housing shortage because construction is lagging behind demand as the number of households grows. Germany needs 250,000 new homes per year, according to the Federal Building and Urban Development Ministry. Developers will build 230,000 homes this year, the most since 2003, compared with 200,000 in 2012 and 183,000 in 2011, according to data compiled by the German Construction Federation ZDB.

“The rent explosion that we’ve seen, with new leases rising 20, 30 or 40 percent will be significantly curbed,” Burkhard Lischka, a national SPD lawmaker who helped write the contract, said in an interview. “It’s a very balanced regulation that addresses specific areas where there are shortages” and won’t crimp new construction, he said.

Rents are vital to government policy in Europe’s biggest economy, which has one of the lowest homeowner rates in Europe. About 53 percent of Germans own their homes, compared with 70 percent in the U.K. and 72 percent in Italy, data compiled by LBS Research shows. In the U.S., the figure is 65 percent, according to the Census Bureau.

“It always sounds better for politicians to say they’re going to fight for affordable housing,” Klingsoehr said. “The government wants to eliminate a housing shortage but they’re going to achieve the exact opposite: homes will become scarcer.”

Austrian property group Immofinanz has bought another 1,185 flats in Germany for 50 million euros ($68 million) in preparation for a listing or spin-off of its Buwog unit.

The apartments are in and around Berlin and bring Buwog’s total to 8,430 units in Germany and 27,100 in Austria, Immofinanz said in a statement on Wednesday.

Immofinanz aims to have at least 15,000 to 20,000 housing units in Germany before listing Buwog on the Frankfurt stock exchange next year. ($1 = 0.7394 euros) (Reporting by Georgina Prodhan; editing by Michael Shields)

In the heart of Berlin’s central borough of Mitte, a German developer is transforming seven landmark buildings reflecting over three centuries of architectural history into a mixed-use complex, making it one of the largest private developments in the city.

The properties include the 1791 home of a masonic lodge and a 1920s office building that housed the German Democratic Republic’s Institute of Posts and Telecommunications. They will be turned into 150,000 square yards of apartments, offices, stores, a hotel and an outdoor market. Development company Freiberger Holding GmbH is investing €300 million ($405 million) in the project, called Forum Museumsinsel. 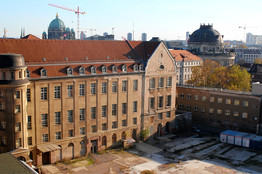 The project shows that developers across Europe are finding potentially profitable opportunities in turning historic properties into modern mixed-use buildings as the Continent slowly emerges from the downturn.

Such developments can be tricky because they involve gaining approvals, technical problems working with ancient buildings and an overall scarcity of financing. But redeveloping historic property, if done right, can be more profitable than traditional real-estate developments, says David Tomback, development economics director at English Heritage, a U.K. government body assigned to preserve historic buildings.

In the U.K. between 1980 and 2011, historic projects generated total returns equal to or higher than those for commercial property overall, according to a 2011 study by Colliers International that was commissioned by English Heritage.

A number of recent projects are showing signs of success. In London, it took only three weeks last May to sell all of the 866 apartments that are being constructed as part of the Battersea Power Station project.

The 1930s brick building on the River Thames is a cultural icon that has appeared in a Beatles video and on the cover of a Pink Floyd album. The building and its surrounding area are part of an £8 billion ($12.9 billion) redevelopment expected to be completed by 2019. (read more)

From January to October 2013, 22,339,666 passengers took off and landed at Berlin’s Schönefeld and Tegel airports. This represents a growth of four per cent compared to the same period the previous year. During the first ten months of the year, 5,707,512 passengers were recorded at Schönefeld (-6.5 per cent) and 16,632,154 passengers at Tegel (+8.2 per cent).

“The positive results of the business operations at Schönefeld and Tegel are extremely pleasing,” says Hartmut Mehdorn, CEO of Flughafen Berlin Brandenburg GmbH. “We are on the verge of another passenger record at the end of the year. At no other airport in Germany are passenger numbers growing so strongly as here in the capital region,” he adds.

Air freight at Schönefeld and Tegel airports during the period of January to October 2013 amounted to 28,826 tonnes, which represents an increase of 5.6 per cent compared to the same period the previous year.

Traffic report for the month of October:

The total number of flight movements in October amounted to 22,095 take-offs and landings, which represents a decrease of 2.5 per cent compared to the same period the previous year. The amount of air freight carried in October increased by 23.7 per cent to 3,657 tonnes.

After a difficult start to 2013, economic performance in Europe is beginning to show signs of improvement, says BNP Paribas Real Estate. Sentiment survey has stabilised and recent data from the European Commission, particularly the consumer confidence indicators, are showing signs of strengthening. Also the latest PMI composite index for the Eurozone exceeded the 50 point mark in August for the first time since the beginning of 2012. Together these indicators confirm that the underlying economies are in the process of healing.

In 2014 we should begin to see the emergence of a meaningful level of recovery (+1.4%) in the EU – 15, with growth in almost all countries and domestic demand as the main driver of economic activity. Therefore we anticipate that the improvement in the economy in the coming quarters will be accompanied by strengthening consumer demand and thus retail sales.

Retailer demand keeps pressure on prime rents
Over our seven main markets in Western Europe (Paris, London, Berlin, Frankfurt, Hamburg, Munich and Madrid), the average prime rents in Q2 2013 amounted to € 6,553, up 4% over a year.

Retailers have appetite for the best space across Europe and this demand consequently maintains growth pressure on rents in the most prime locations. The competition between retailers has become fiercer (dip in consumption, consumers increasingly selective, expansion of e-business) overall. But premises are still at the heart of retailers’ strategy especially for international brands.

German home prices rose by the most in 10 years in the third quarter as more investors and individuals bought apartments amid low interest rates.

Prices for houses, apartments and residential buildings climbed 4.9 percent from a year earlier, according to an index published today by the VDP Association of German Pfandbrief Banks. That’s the biggest gain since at least the first quarter of 2003, when VDP began compiling data. The office-price index rose 6.9 percent, the most since the first quarter of 2012.

“The main reason for further increases in German home prices continues to be the high demand in thriving metropoles and major university towns,” Jens Tolckmitt, VDP’s general manager, said in the statement. “Since prices in top locations are already very high, investors are increasingly looking at medium-sized cities.”

Housing demand in cities such as Berlin and Frankfurt is outpacing construction as young workers move to areas where jobs are easier to find. Office prices are being pushed higher by institutions seeking a safe investment. Low interest rates have made buying property more affordable for individuals and companies.

Prices for owner-occupied apartments rose 3.8 percent and apartment buildings gained 6.1 percent in the third quarter compared to a year earlier, driven by a 5.2 percent increase in rents paid on new leases, VDP said.

VDP collects price data from mortgage contracts signed across Germany by its 38 member banks, which include Deutsche Bank AG, Commerzbank AG, Banco Santander SA (SAN) and ING Groep NV. (INGA) The data includes information from all cities in which members made loans.

The cluster of 16 homes perched at the top of a slope in northern Berlin is striking for its sophisticated use of innovative, contemporary design. Created by emerging local architects, the undulating swaths of corrugated metal and organic forms create a forest of town houses that conjure up an image of a modernist, urban commune.