Residents of Berlin are up in arms at new plans to demolish part of the city’s famous wall in order to build luxury flats.

The proposal to obliterate a key monument from Germany’s history and replace it with accommodation to the super-rich has met with widespread outrage.

However, the mayor of the district where the demolition is planned insists that it is necessary to connect the east and west sides of Berlin better.

For the three decades that it cut the city in half, the Berlin Wall was a global symbol of oppression and the divide between the communist and capitalist halves of the world.

But since the city was united in November 1989, what remains of the wall is considered to be an important monument to Germany’s torrid history.

(Reuters) – They find the language difficult and the locals as chilly as the weather but for young Spaniards Berlin has become a popular spot to sit out the economic crisis at home.

The German capital’s celebrated cabaret scene made it a mecca for bohemians in the 1920s and ‘30s and in the Cold War the divided city became a magnet for alternative youth culture and rock stars.

When the Berlin Wall came down, anarchists moved into abandoned properties in East Berlin, gentrification followed but the avant garde atmosphere still thrives and has drawn thousands of Spaniards, eager to escape soaring unemployment at home.

“We haven’t seen the sun for three months, and the people can seem distant, but Berlin is also a place where life is not just about work and you get to meet artists and actors and film directors,” Diego Ruiz del Arbol, a 32-year-old Spanish IT engineer and web content consultant living in Berlin. (read more)

It was almost a re-run of the squatting battles that once raged in 1980s West Berlin: a police helicopter hovered above the city’s famously “Alternative” Kreuzberg district. Below, hundreds of angry protesters in anoraks and black balaclavas gathered outside an apartment block whose inhabitants were about to be forcibly evicted by riot police.

This time however, the flat dwellers were not anarchist squatters, but the family of Ali Gülbol, a Turkish immigrant who was born in the apartment 40 years ago. It was not 1980s Cold War Berlin but February 2013 in the reunited German capital. Mr Gülbol had been unable to pay the near 20 per cent rent rise demanded by his landlord. He had challenged the increase in the courts and lost.

Last week, he and his wife and three children were left with no choice but to move out, and move in with Mr Gülbol’s parents.

For many investors both German and foreign, Berlin is attractive and potentially lucrative. They are snapping up property apace. Combine that with a population increase of 112,000 since 2008, add a dearth of new homes and the recipe for rocketing rents and house prices is complete.

Without drastic rent controls and a major house-building programme, the problem is likely to get worse. Many are asking whether this is the end of the “poor but sexy” city which attracts a wealth of artistic talent because of its low cost living. Berlin has always secretly envied rival London and Paris. Now it’s becoming more like them. (Source)

Darrell Smith – Managing Director of Buy Berlin Investments Ltd guest writes for opp-connect.com publication. Take a look what Darrell has to say about why Berlin is a exciting market for investors

House prices in Berlin surged last year by 17%, and asking rents by 13.8%, with a marked gap between the inner city and the outskirts, says Berlin-based listed GSW. The German capital also registered a significant rise in new construction. (Read More)

No second bathrooms, no fireplaces or under-floor heating, no new balconies and no reserved parking places.

The Berlin district of Pankow is doing everything it can to make sure its housing stock doesn’t get any fancier. This month, Green Party-led authorities in this small, attractive section of East Berlin banned any real estate improvements that might push up rents, outlawing any new holiday homes at the same time. The measures don’t come from a yen to keep the neighborhood shabby per se, as Pankow is a pretty well-scrubbed place already. They’re aimed at halting a galloping wave of luxury upgrades and conversions that are making flats too scarce and expensive for local people.

This is a problem across Berlin, but nowhere more so than in Pankow’s neighboring district of Prenzlauer Berg, where once rundown tenements have become some of Berlin’s most expensive property, pricing out long-term residents and causing tension in some weird, unexpected ways. A hive of alternative culture during communist times, the area is now the sort of place where you can get expensive organic coffee on every corner, but struggle to find a hardware shop. Pankow, where many Prenzlauer Berg exiles went seeking cheaper rent, seems determined to stop this lightning transformation at its southern boundary. 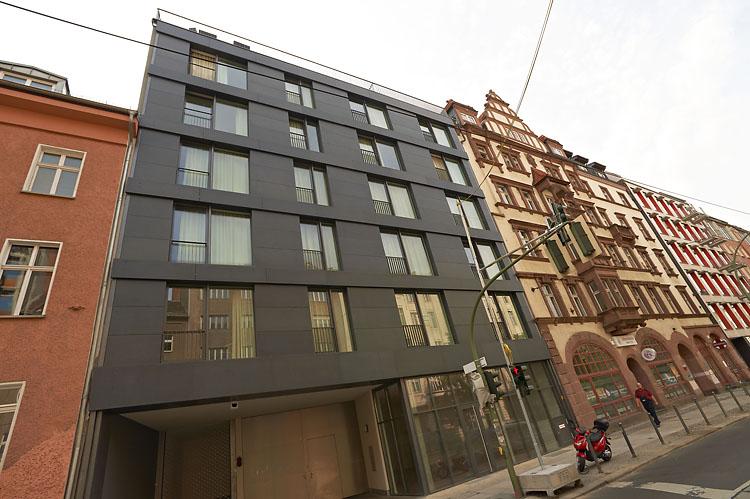 While Pankow’s measures might sound drastic, they aren’t especially harsh. The district still allows second bathrooms conversions in properties with three bedrooms or more, and two bed, two bath apartment are rare luxuries even in Berlin’s wealthiest areas. German apartments are also routinely warm, with double-glazing standard, so no one’s going to get chilly without under-floor heating or fireplaces, a particular rarity in a country that traditionally used enclosed stoves for heating. And while some owner-occupiers might get frustrated at planning limits being placed on their property, the vast majority of Berliners are rental tenants.

The general murmurings from the local media about Pankow’s move are generally positive. In a city where residents look in horror at the high rents and inequality of London and New York, there’s a growing consensus that something must be done if Berlin isn’t going to go the same way. The citywide government, for example, is following Pankow and looks set to ban new holiday homes later this month.

Whether the measures will actually work is another question. Pankow certainly has some odds in its favor. Unlike formerly working class Prenzlauer Berg, it has always been a middle class district, and was know as the home of the East German elite before 1989. While they’re far from being the wealthiest of Berliners nowadays, Pankow’s long-term residents are still less likely to be priced out of local shops and services by richer incomers. The measures do seem a little desperate and tokenistic, however. If the powerful surge in speculation on Berlin property is going to be halted by anything, it’s probably not going to be a ban on extra bathtubs.